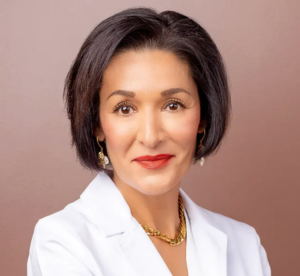 As a young student entering my freshman year with the ultimate goal of becoming a doctor, I never imagined that my first experience with medicine would involve my father. Afghanistan was invaded by Russia in 1979, forcing my family to flee the country. We first escaped to Germany and eventually made our way to the United States. The resettlement had one caveat, the family was forbidden to leave unless one member of the family remained behind as an assurance that the remainder of the family would return. My father remained in Afghanistan while the remainder of his family, my mother, older brother, younger sister and of course myself, fled and settled in Germany. After two painfully long years without our father, he finally was able to escape and join our family in Germany. When looking back, this is when my mother recalls the beginning of declining health changes in my father. The more we reflect, it does seem a majority of these initial subtle signs were ignored and ascribed to stressful life circumstances. Our family found ourselves repeating history. My father remained in Germany while the remainder of his family relocated to Indianapolis, Indiana. After two painfully long years awaiting legal entrance into the United States, my father finally rejoined his family. Upon first encounter with my beloved father, we all knew something had changed. The bright spirit within him had dimmed. He no longer was the life of the party! That sums up my father’s personality in one sentence. His pace became noticeably sluggish. Previously simple tasks became an obvious challenge. He became quiet, reserving his speech for the necessary moments. I recall his apparent change in gait came paired with a newly developed expressionless face. We continued making excuses and attributing these symptoms to his time spent apart from his entire family for almost four years.
As time passed, we were optimistic things would improve as we were together again. Unfortunately, rather than improving, new symptoms kept presenting themselves. Once a very easy-going man, he became impatient and at times temperamental without justification, a full juxtaposition to his well known character. At first there were a few falls. My father attributed them to stumbling over an item on the ground that did not seem to correlate with the environment. Two minor car accidents occured. Not until the symptoms manifested themselves into these dangerous situations did we recognize the true seriousness of his decline.

I believe it is worth mentioning that during my father's time in Afghanistan, bombs landed in close vicinity to where he was residing with my uncle. He mentioned the possibility of their exposure to these toxic gases. Of note, there was no genetic history of neurological diseases tied to my fathers family tree. However, not long after my father's symptoms developed, my uncle was diagnosed with a rare demyelinating disease. He quickly found himself wheelchair bound. Even after searching for answers from the best health care professionals across Europe as well as at Johns Hopkins, my uncle passed away without a diagnosis.

The subtle symptoms that slowly built up were now telling a much bigger story. It was time to seek medical advice for my fathers now rapidly progressing health decline. He was diagnosed with Parkinsons in Indiana. The top neurologists educated our family that the disease would progressively worsen with limited treatment options. Conventional medications were attempted. However, as feared, my father's symptoms rapidly progressed.

We sought 2nd and 3rd opinions without any new diagnosis or treatment but the cogwheel rigidity, shuffled gait and constant tearing continued. I was not convinced this was Parkinson’s. I reached out to Mayo Clinic in Minnesota searching for more answers and hopefully a better diagnosis. Call it stubbornness or just a hunch, but after months of waiting and a week of evaluations, my father was diagnosed with progressive supranuclear palsy. This is a much more aggressive form of a degenerative brain disease that is very rare. It is difficult to diagnose as it mimics other neurodegenerative diseases such as Parkinson’s. Unfortunately, very little treatment was available. We continued to watch my fathers deterioration. Ultimately, we lost him to a heart attack peacefully while sleeping. This experience taught me that no symptom is too subtle. Many neurodegenerative diseases begin with little changes and it is up to each and every one of us to pay attention to our loved ones. If we can try and manage these symptoms early, we can do our part in improving the quality of life.

As my father was going through these changes, I wish the subtle symptoms that could have been addressed were managed quicker. Maybe his quality of life could have been improved during the time he had. There are many medical specialists out there to assist with the symptoms of Parkinson’s. Now as a foot and ankle physician, I feel so blessed to be able to contribute in my own way for these patients.
As we know, Parkinson's  motor symptoms include slowness of movement, tremors and freezing of gait which can increase the chance of falling and decrease a patient's quality of life. Custom foot inserts can facilitate sensory feedback from the planar foot surface to improve postural imbalances. Research has shown that using custom corrective insoles with Parkinson’s can increase gait velocity, can significantly increase range of motion for the ankle, knee and hip during gait. This can also help improve lower limb alignment and correct for abnormal motion during gait preventing falls. In addition, there may be tendon imbalances that can be addressed to improve function. Contact your local foot and ankle doctor to see how to improve your gait, safety and quality of life today.

Dr. Salma Aziz DPM, MS is a podiatrist and  the owner of the Foot and Ankle Specialty Group in Orange County.

The Foot and Ankle Specialty Group is located in Rancho Santa Margarita and Newport Beach.