Parkinson’s Got My Voice. Can I Get it Back Now? 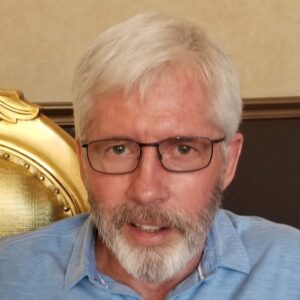 I have achieved a reasonable measure of success in my 40 plus years of business. I co-founded seven companies. I even started and sold a business in 18 months, and that was 6 years after my Parkinson’s diagnosis. As a business start-up guy I was always raising capital to start, operatec, grow or buy a company. I was always talking up a storm to one or more investors somewhere.

I learned a few lessons about pitching ideas, and one of them is to think of a voice as if it was a musical instrument. Pace or velocity changes, volume control, pitch and even ‘timber’ of one’s voice, the softness or coarseness that comes from the throat, can change the listener’s receptivity and willingness to listen longer and comprehend more.

I was diagnosed with Parkinson’s in 2006. I had a DBS (deep brain stimulator) installed in 2010. My speech articulation was perfect in 2010, pre DBS. My symptoms improved marginally with a DBS installed, but I soon began to notice changes in my speech, that began in my jaw. It took years for it to really start a downward trend. In 2019 I really began to speak “slurganese,” some drooling started. I was adequately warned by my movement disorder doctor that a side effect of DBS is increased chance of speech impairment in time. I guess it was time.

I found a Big & Loud speech program at Mission Hospital and got hooked up with a Speech Therapist who spoke clearly and cared about her patients. But, I got sidetracked (translated, that means, I didn’t have the discipline to finish the program), and since I hadn’t ever met anybody who had completed and benefitted from the program, I wasn’t motivated enough to go back and finish the work. I now regret leaving early, because my voice is now at its worst ever. I rationalized not getting through this

program because at the same time I was trying desperately to complete an album of my songs. Parkinson’s and I were in a race, me to finish my album and Parkinson’s to throw a monkey wrench into things. I got 11 or my 12 songs finished. The one that didn’t quite get finished was the most important to me though, a song I wrote for my Father.

My music making days were coming to an end. My prime singing range, or octave, was compressing slowly and my guitar playing fingers were no longer cooperating. In hindsight I thought singing every day held off the deterioration of my voice, so the program at Mission Hospital could wait. My voice and hands were losing ground to Parkinson’s. Slowly, but surely. 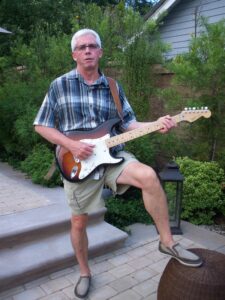 Another thing I loved, but lost because of my voice, was mentoring young adults in the ways and means of entrepreneurship. I called them my ‘Biz Kids.’ Mentoring allowed me to impart the experience and skills I had acquired over 4 decades of business life, and it was a great way to stay dialed in to the ever-moving technology sector where my interest lay. I loved sending a young person back to the streets armed with a new skill, tip or solution to their business problems. Many of those meetings were just me telling them a story, masking a lesson. Music and business building weren’t the only things I lost by letting my vocal capability erode.

The ability to communicate verbally was a big reason for any success I had, so losing my voice is devastating for me. Consider how many different situations benefit by having a good speaking voice. Negotiating an upgrade for a hotel room or airline tickets on your next vacation, public speaking engagements or asking questions in group meetings such as support group events. How about trying to get extra ketchup with your burger, or explaining what is wrong with your burger, or cheering for your favorite team, which might be your grandkid's soccer team. Don’t forget telling stories and jokes, and then there is talking to your dog. I know you talk to your dog.

The boost you feel when you get your hotel room upgraded to a suite, or when you get the extra package of ketchup, are all about the dopamine one can generate. Winning a game, or a bet, getting a present or remembering your anniversary day, and laughter, especially laughter, generates bursts of dopamine. We need dopamine.

Life is better when you can express yourself with your voice. Don’t lose your voice. It’s too important to allow it to slip away.

Listen to a clip of Peter's music here.